Serialisation: The Solution to the Risks Posed by Counterfeit Pharmaceuticals

Home » News » Serialisation: The Solution to the Risks Posed by Counterfeit Pharmaceuticals

Serialisation: The Solution to the Risks Posed by Counterfeit Pharmaceuticals

There can be few greater health risks posed to pharmaceutical end users than the consumption of counterfeit medications.

The World Health Organization (WHO) estimates that hundreds of thousands of people die each year as a result of the use of counterfeit medicines, vaccines and in-vitro diagnostics, which fail to treat the diseases for which the drugs were designed. Furthermore, it is estimated that 1 in 10 medical products in low-to-middle income countries is substandard or falsified. These findings are based on 100 peer-reviewed surveys on medicine quality from 2007 to 2016 spanning across 88 countries.

Evidently, the practice of manufacturing counterfeit medicinal products is at epidemic levels, and its effects are also felt in the highly developed industrial counties.  In February 2019, the WHO issued a global alert about a fake cancer drug in Europe and the Americas. The counterfeit medication was packaged to look like Iclusig, an anticancer medicine used to treat adults with chronic myeloid leukaemia and acute lymphoblastic leukaemia. However, the pills contained nothing but paracetamol.

However, the clandestine outfits that counterfeit falsified medical products go to great lengths to make their products look identical to the genuine article. For this reason, they often replace active ingredients with inert products such as flour. They do this not out of concern for the consumer, but to ensure that the product doesn’t cause an obvious adverse reaction that would alert the consumer. However, the medication or vaccine will then fail to treat the disease or condition for which they were intended, and so result in serious health issues, even death. 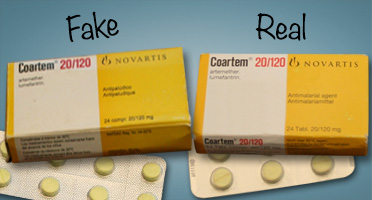 The scale of the issue is shocking, and the economic costs associated with worldwide sales of counterfeit medicines amount to tens of billions of US dollars each year.

For all these reasons, governments around the world are enacting laws and industry bodies regulations to protect their citizens from the risks posed by fake medicines. They are achieving this by enacting laws that require pharmaceutical manufacturers to implement sophisticated product identification systems that would render the production of fake medicines near impossible. The due dates for pharmaceutical manufacturers to comply with their country of origin regulations are described here.  In Australia, manufacturers need to comply with the Therapeutic Goods Administration (TGA) Guidance on TGO 92 by 1st September 2020.

Track and Trace systems are the pharmaceutical industry’s solution for safeguarding consumers’ health by protecting them against the risk posed by counterfeit medications, and also protecting brands from the risk of product recall.  The technology equips manufacturers, wholesalers and distributors with a systematic approach to detect counterfeiting and control product diversion. A globally unique machine-readable code, in the form of a product code and a serial number assigned to the product, serves as the basis for ensuring the supply safe tamper-free drugs at the pharmacy. Serialization and continuous aggregation provide transparency at the point of origin and throughout the supply chain, enhancing both trust and safety.

WIPOTEC-OCS are well-recognised as being the world’s leading manufacturer of track and trace systems for the pharmaceutical industry. Features include:

If your organisation is looking for ways to protect both consumers and its brand’s reputation, take time to talk with the track and trace, serialisation and aggregation system experts at Diverseco, WIPOTEC-OCS Authorised Partner in Australia, New Zealand and Singapore.

Note: Articles published prior to 1st July 2019 refer to past trading names of companies in the Diverseco group.