CouriersPlease, a leading parcel delivery expert with nationwide coverage across Australia, and a member of the Singapore Post Group of Companies, has chosen Diverseco as the supplier of new parcel dimensioning, weighing, and scanning equipment at their new Brisbane branch location at Salisbury.

Founded in 1983 as a specialised metropolitan parcel delivery business, CouriersPlease is uniquely placed to service Australians through its independently owned Franchisee fleet of couriers.

CouriersPlease provides a range of domestic parcel delivery services, including priority and same day courier, as well as international courier services connecting its customers to over 220 countries.

To provide more flexible and convenient delivery choices for online shoppers, CouriersPlease has a network of POPStation parcel lockers that allow customers to collect their parcels at their own convenience. In addition, CP has established a strategic partnership with HUBBED (a one-stop eCommerce service aggregator with a network of retail parcel collection outlets in every major city across Australia), to provide even more flexibility through offering after hours parcel collection. The innovations in delivery choices are driving an increase in both the volume of parcels and the diversity mix of parcels through the depot.

In 2016 National Network Manager, Trevor Dyson, planning a relocation to better cater to the increasing parcel volumes, contacted Diverseco to discuss a range of options to enhance parcel dimensioning performance in a new system to be installed at their new CouriersPlease Salisbury depot location. 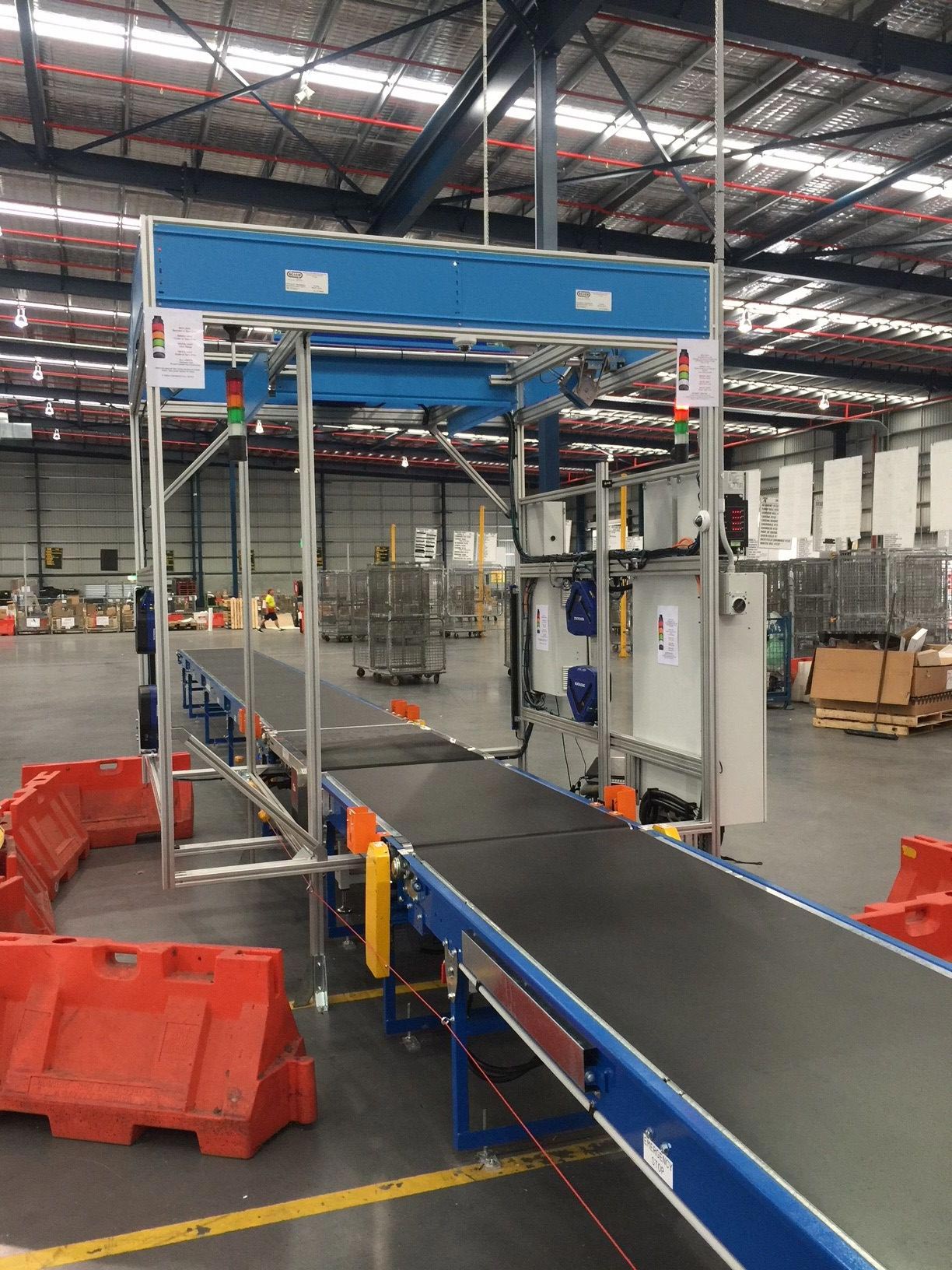 Above: New DWS Parcel Dimensioning System during the installation and prior to going live. The direction of travel is toward the image viewer. Gapping (spacing) belt precedes the weighing belt.

According to Trevor, “We had worked with other vendors in the past and that experience had been satisfactory. But their offerings were sort of fixed and not able to be modified to the extent that we felt we needed with the new site – especially with the barcode scanning section. We knew that Diverseco is a systems integrator focused on smaller flexible dimension weigh scan systems and that they had worked extensively with our conveyor supplier, Longreach. So, the two of them worked together with both the design and the installation. Other than the normal initial teething problems, the system is performing ahead of expectations.” In fact, it’s giving us around 15% better performance than I had budgeted for, which is great.” 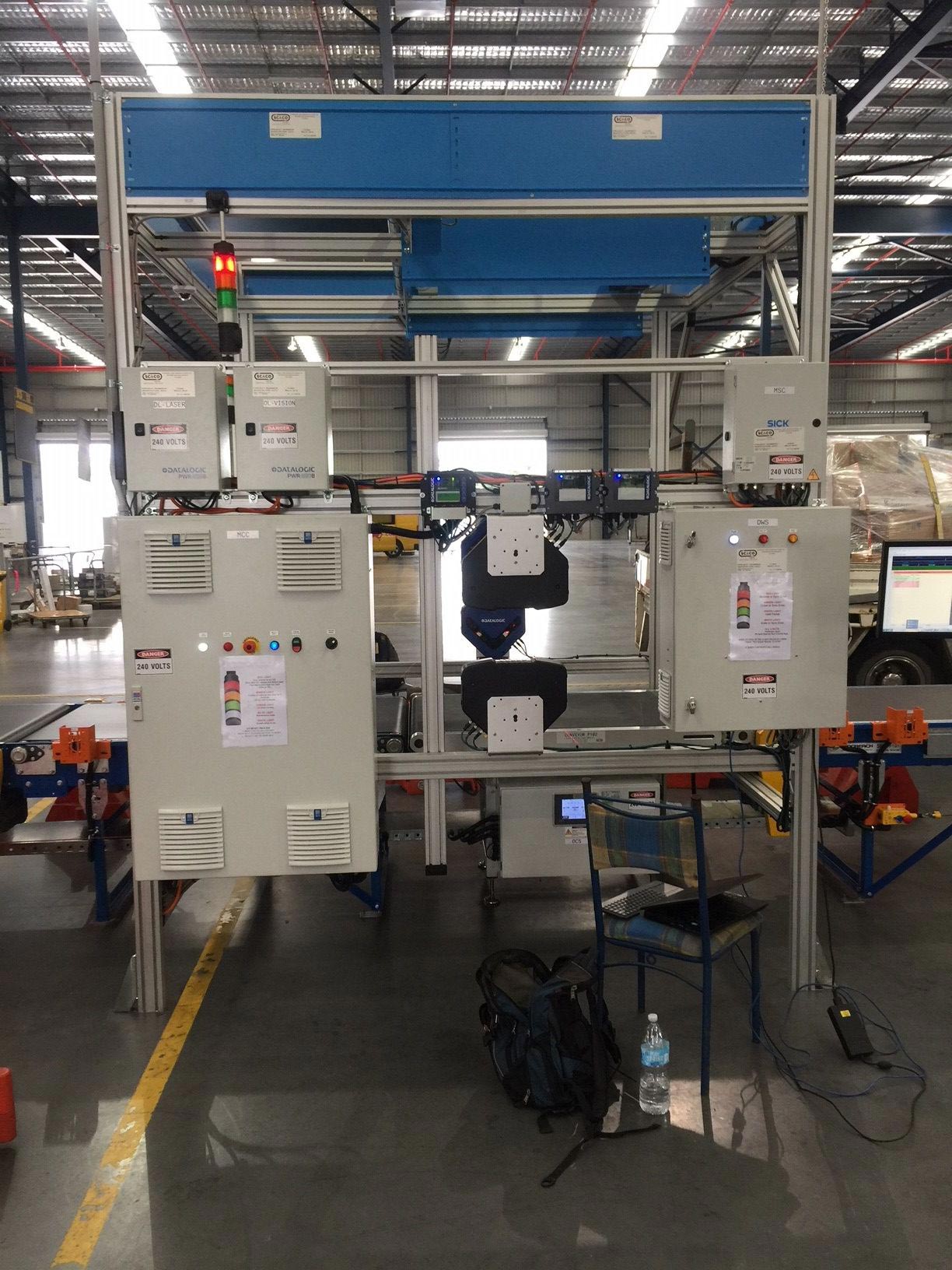 Above: Components of the DWS parcel dimensioning station during installation. The large cabinet at left is the motor control cabinet. The cabinet at lower right is the industrial pc cabinet that runs the Harmony DWS system software.

The CouriersPlease Brisbane system comprises two 9-metre belt-over-deck conveyors supplied by Longreach Systems from Adelaide, famous for their Australian-made telescopic conveyors. On either side of the conveyors is positioned the Dimension Weigh Scan (DWS) station or tunnel. This “hybrid” system comprises left- and right-side laser barcode scanning for traditional 1D barcodes and top and front side vision barcode scanning for both 1D and 2D barcodes.

The DWS parcel dimensioning system includes a complete range of Diverseco’s Harmony Software modules that provide systems integration, data capture and export, system control, analysis, diagnosis, barcode filtering, email shift and trend reports, and parcel image capture and export. In other words, everything that a DWS system ought to have and that a manager needs to understand is the system running efficiently. 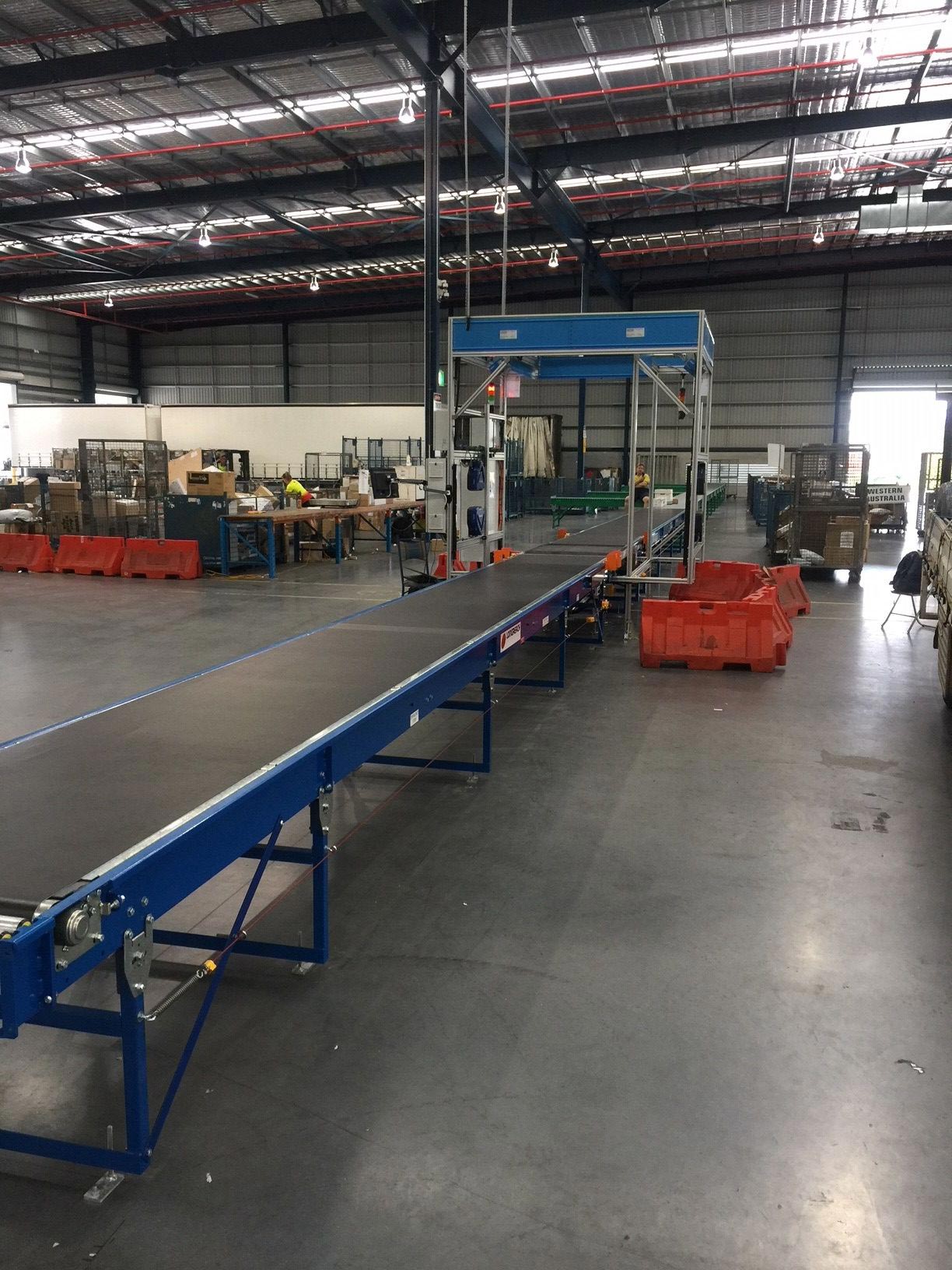 Above: New DWS System during the installation and prior to going live.

As a systems integrator Diverseco is all about capturing, exporting, and supporting the data. In nearly all DWS systems Diverseco can remotely log on via TeamViewer or other log-in programs and support customer data requirements in real time. This is a core value-add and is not something that can be expected from a straightforward hardware supplier.

The last word goes to Trevor, “It’s only been a few months but already we’re seeing improvements in efficiency that we hadn’t anticipated. In fact, it’s giving us around 15% better performance than I had budgeted for, which is great.”

Note: Articles published prior to 1st July 2019 refer to past trading names of companies in the Diverseco group.