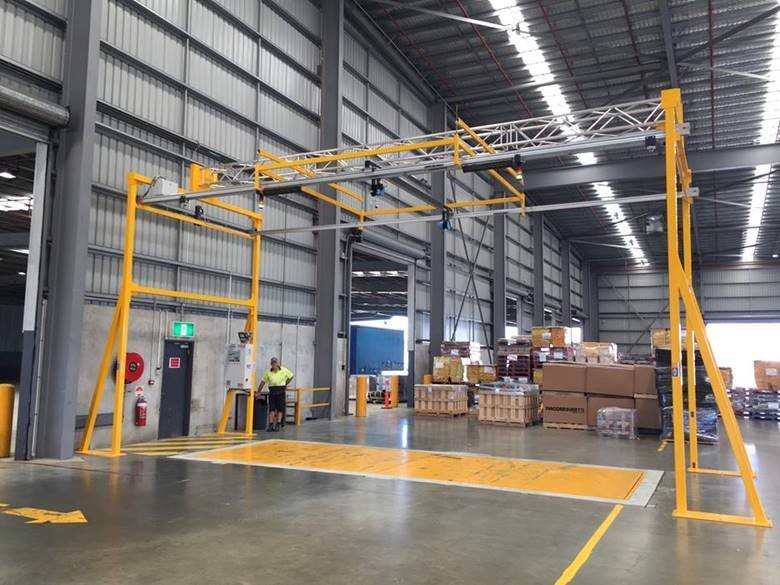 Diverseco has now released a new product with the largest legal-for-trade, single-zone, dimensioning approval in Australia, the Cubiscan 1200 Big Bear.

The Big Bear can incorporate two large inground or above ground platform scales for individual zone and combined zone weighing.

If you need to weigh items up to 7.2m long then to do this in a legal for trade manner the two scales need to ideally cover the same area as the total dimensioning area, namely 3.6m length x 2.5m width times two scales; or, when the two scales are used in tandem a combined area of 7.2m L x 2.6m W.

From three (3) up to eight (8) Individual Cubing Bays are possible for maximum throughput.

Ideal for use as a large Cubiscan to dimension larger SKUs in a warehouse and WMS integration application.